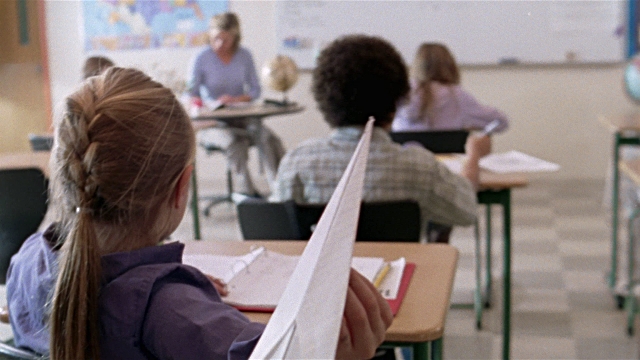 In the 1970’s, a guy named Jacob Kounin verbalized something kind of creepy we’d always known to be true of our teachers: They have eyes in the back of their head.

Well, the good ones anyway. Kounin’s word for this concept was “Withitness”, which is essentially the teacher’s seemingly innate ability to always know what is going on in the classroom.  Withitness is of course much less natured than it is nurtured, and every rookie teacher figures out pretty quickly that classroom management involves many tasks. But more important than actively looking around to spot trouble, a great teacher, according to Kounin, creates the perception among students that he or she is always in the know. In other words,

a teacher doesn’t have to be Hawkeye…the students just have to believe that he or she is.

Eyes in the back of the head? Obviously not. Aware of everything in the environment? Of course. And that’s the gist of Withitness.

I’m no Jacob Kounin, but I am going to suggest a new word to describe great team members: Figureitoutiveness. In fact, I think the argument could be made that this is a skill that is valued by employers and colleagues in any industry, organization, or ministry. Here’s my definition:

Figureitoutiveness – The acquired skill of relentlessly self-developing in order to expand the role one stewards.

Lots of big words there. Let me simplify it a little: It’s the ability a person develops through personal drive to figure things out on their own. Figureitoutiveness. Here’s what it means:

It is not a stubborn refusal to learn but rather the insistence to be self-taught rather than spoon-fed.

I ought to figure it out because I insist that I do so.

What constrains us is not really time, money, or buildings but rather the willingness to surrender who we are to what we do for a living.

Figure-it-out-ive-ness. Do you have it?

It may not be as cool as eyes in the back of the head, but it is definitely way less creepy…not to mention much more valuable to your organization.